At The Law Offices Of Simran Kaleka, APC, we have the knowledge and resources to pursue every aspect of your claim. Call us today at (310) 850-1765 to schedule a free consultation with an experienced California truck accident attorney.

Injured in a Collision with a Large Truck or 18 Wheeler?

Large trucks, including semi trucks and other commercial trucks, are central to commerce in America. They routinely travel on all California roadways. While trucks are familiar sights on the road, they present uncommon dangers to other drivers and bystanders. They generally have less visibility than other vehicles, and have slower braking response and a more limited ability to avoid accidents.

But most significantly, trucks are massive. A semi truck cab alone can weigh up to ten tons, and with a loaded trailer it can weigh several times that amount. A regular passenger vehicle, on the other hand, typically weighs between 1-2 tons. 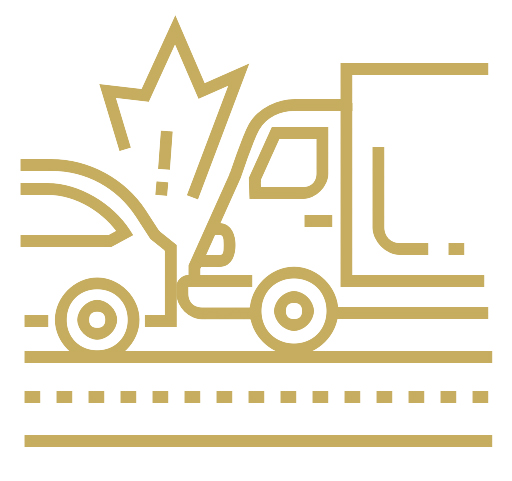 Truck drivers generally go through extensive training to learn how to handle massive vehicles. Unfortunately, even though this provides information on sharing the roads with trucks, many drivers do not truly understand why they pose dangers to smaller passenger vehicles.

Truck accident cases often present questions regarding the employment of the driver. Because truck accidents typically happen while the driver is on the job, the employer is also liable for injuries: Third Party Truck Accident Liability caused due to the driver’s negligence.

At times the employer – as well as the driver – is at fault in the accident, by failing to properly maintain and inspect the vehicle, failing to adequately check the background of the driver, or requiring the driver to work unsafe numbers of hours.

In California, truck operators also generally carry significantly higher-limit insurance policies than drivers of regular vehicles. Because of these employment and insurance issues, these cases can frequently result in higher compensation for injured parties than other auto accidents. Because of the many unique issues presented in truck accident cases, it is important if you have been injured to retain a skilled truck wreck attorney.

From a legal standpoint, trucking accidents are very different from small vehicle collisions. Anyone who sustains injuries or loses a loved one in a truck crash needs to turn to an attorney who knows the state and federal trucking laws — and understands how the trucking business works. Be sure to look for a California truck wreck lawyer with the skills and experience needed to go against a powerful team of trucking company attorneys.

At The Law Offices Of Simran Kaleka, APC, we understand the nuances and details of truck accident cases, and know how to work with insurance adjusters and opposing attorneys to obtain the most compensation possible.

If you have been injured in a truck accident, contact our office today at (310) 850-1765 to speak with an experienced California truck accident lawyer, or contact us online for a free confidential consultation.